SE LLAMA SABROSO (They Call it Tasty) by Zona Franka (a zona franca is a duty-free port) is an exciting introduction of a style called "Changüí con flow", a fusion of traditional rural changüí with rap and other urban Cuban music. As the name of the group implies, various musical styles from around the Americas are also featured. The songs are Cuban classics re-imagined in fresh, clever and innovative new arrangements that far differ from the original versions.

Changüí's importance in the DNA of modern Cuban music cannot be exaggerated, among other things, it donated some essential chromosomes to what became songo, which later, mixed with rumba and other influences, evolved into timba. Changüí con flow is another one of its descendants.

Managing the transition from singing to rapping and back again is harder than it may seem - if not done with a full mastery of both it can sound almost as if someone has being playing with the remote control for the television. Zona Franka does this seamlessly. The anchors of the group are Yasser Eden and Carlos Hernández on vocals along with a formidable rhythm section that stays true to its grounding in changüi even while venturing into other styles. As you listen, you will also enjoy some infusions of samba, cumbia vallenata, jazz and flamenco elements in the mix.

Audiophiles will appreciate the high production values in this disc, a feature which is critically important for the rhythm section in this style.

A previous version of the group existed as Zona Franca as early as 2001 in Guantánamo, the cradle of changüí, but it was in 2014, when Yasser Eden became director, that the group's current musical personality began to take shape. Their independent release Changüí de Hoy was nominated for a Cubadisco (Cuba's equivalent of a GRAMMY®) in 2014 in the Fusion category. Two of their competitors that year were Interactivo and Telmary, and although their styles are quite distinct, fans of Interactivo's early work will find much to like in this disc. In 2020, they formally changed their name to Zona Franka. They have attained sufficient respect among their peers to convince the legendary Omara Portuondo to make a cameo appearance in this recording.

-- Bill Tilford of TIMBA.com & From the Isle of Music

Qué le pasa a esa mujer (What's Going On With That Woman) is a rollicking changüi about a woman who wants nothing more than for everyone to look at her.

Guantanamera is lovingly presented here in a unique interpretation as a danceable changúi con flow.

Dos gardenias (Two Gardenias), one of Cuba's iconic boleros, is re-imagined here as a samba con changüi. A gardenia is a bush with fragrant white or yellow flowers. In the song the gift of these comes with the warning that if they die it will be because of a love betrayed.

20 años (20 years) is blessed with a guest appearance by the legendary Omara Portuondo. Composed in 1916 and popularized by Maria Teresa Vera a century ago, this unique arrangement fuses cumbia vallenata with changúi con flow. The lyrics lament a love that burned brightly twenty years ago but is long past.

Sabroso (Tasty) is an updated arrangement of Compay Segundo's request that "the day that you don't love me, tell me quickly...". There is an excellent balance of rap with conventional singing in this arrangement.

No me llores (Don't cry to me) is based on the son montuno -No me llores más- composed by Lilí Martínez, the pianist for Arsenio Rodríguez. It is presented here as a fusion of reggae, rap and changüí con flow.

Este amor que se muere (This love that is dying) is a Juan Formell classic originally written for Los Van Van and arranged as a changüi con flow with a touch of vallenato.

Ay amor (Oh love) is a Juan Formell composition that stays pretty close to a Los Van Van feeling with a violin intro, some beautiful duet singing, and prominent trombones.

Lágrimas negras (Black Tears) is an international standard of Latin music, a Miguel Matamoros composition that he wrote after a visit to the Dominican Republic in 1930. Zona Franka does something very creative here with the inclusion of jazz, rap and batá drums. 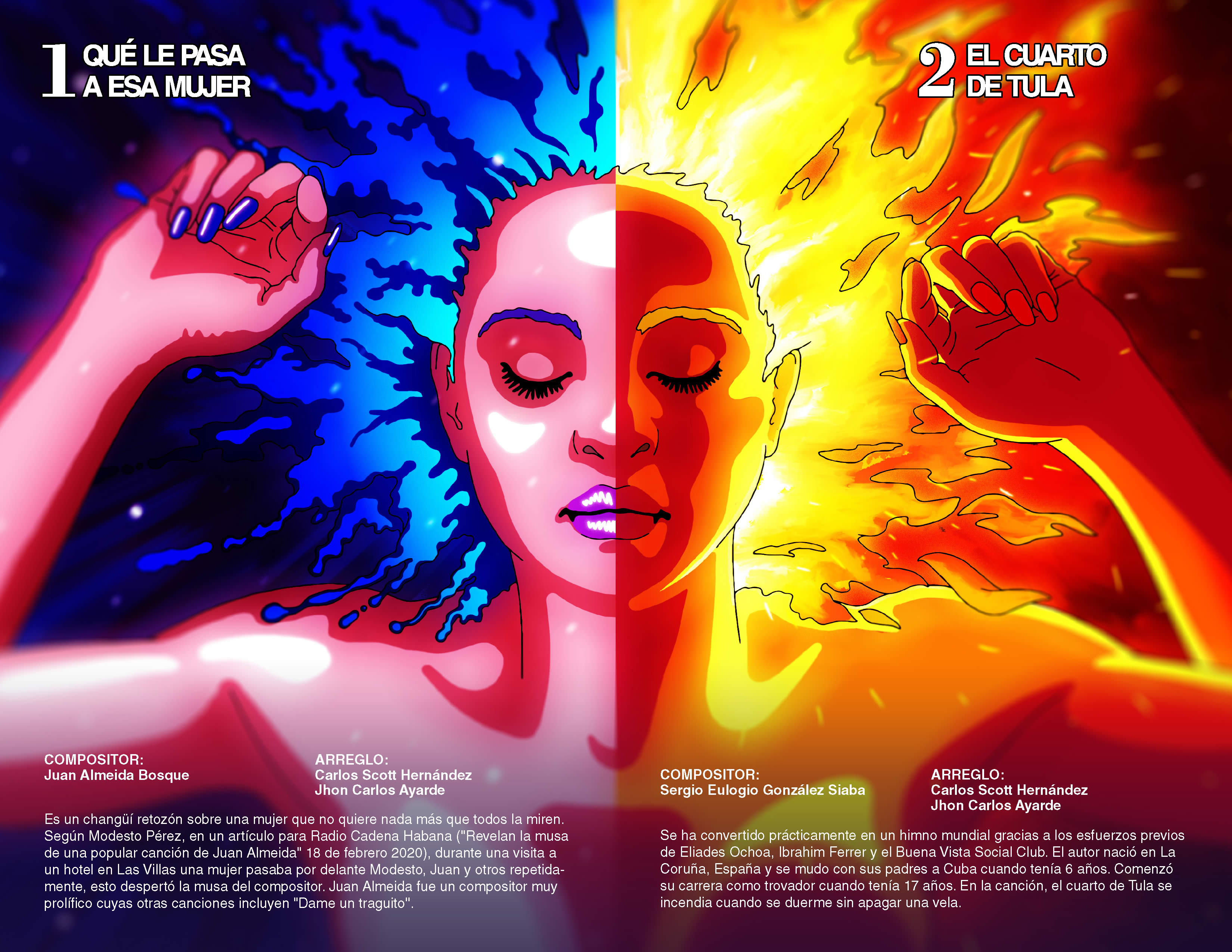 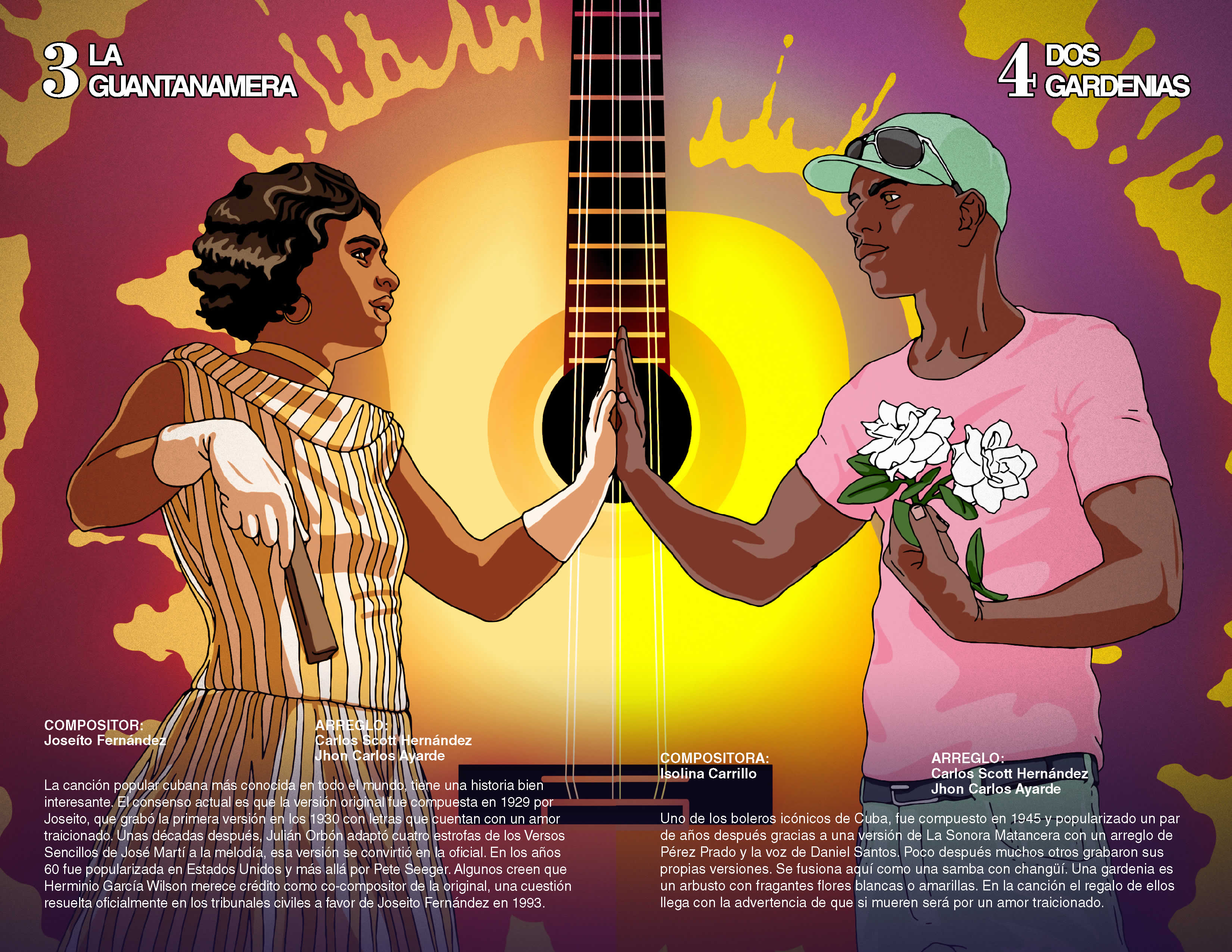 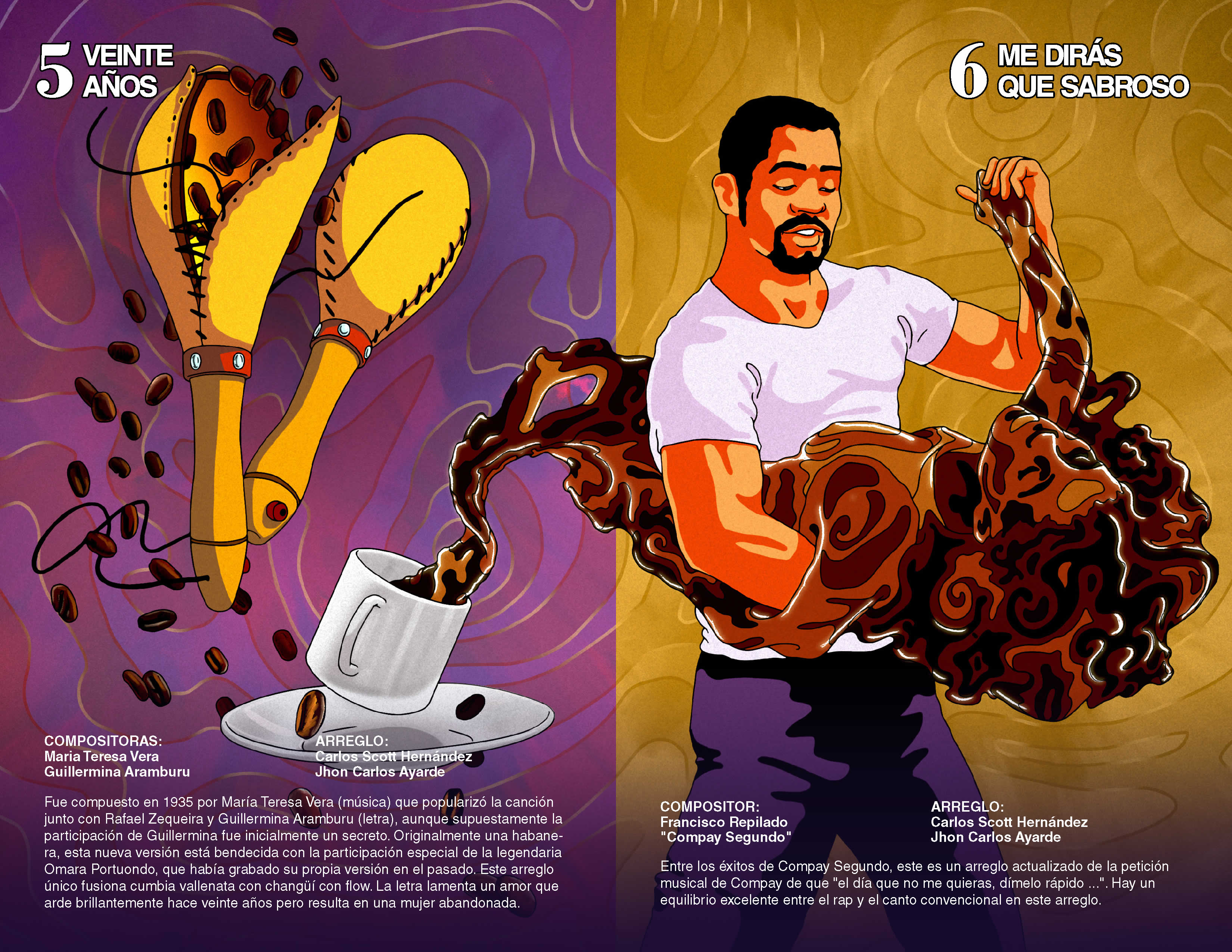 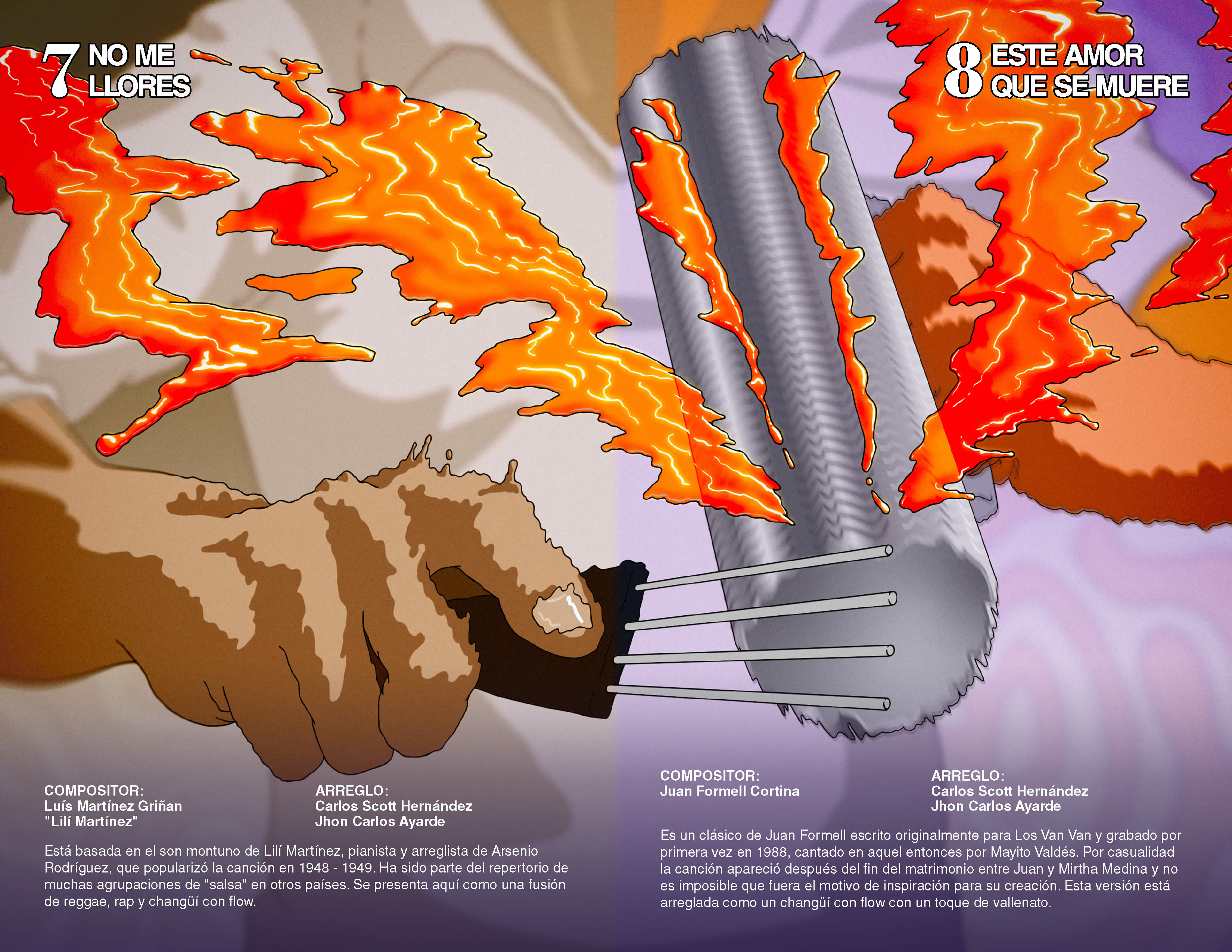 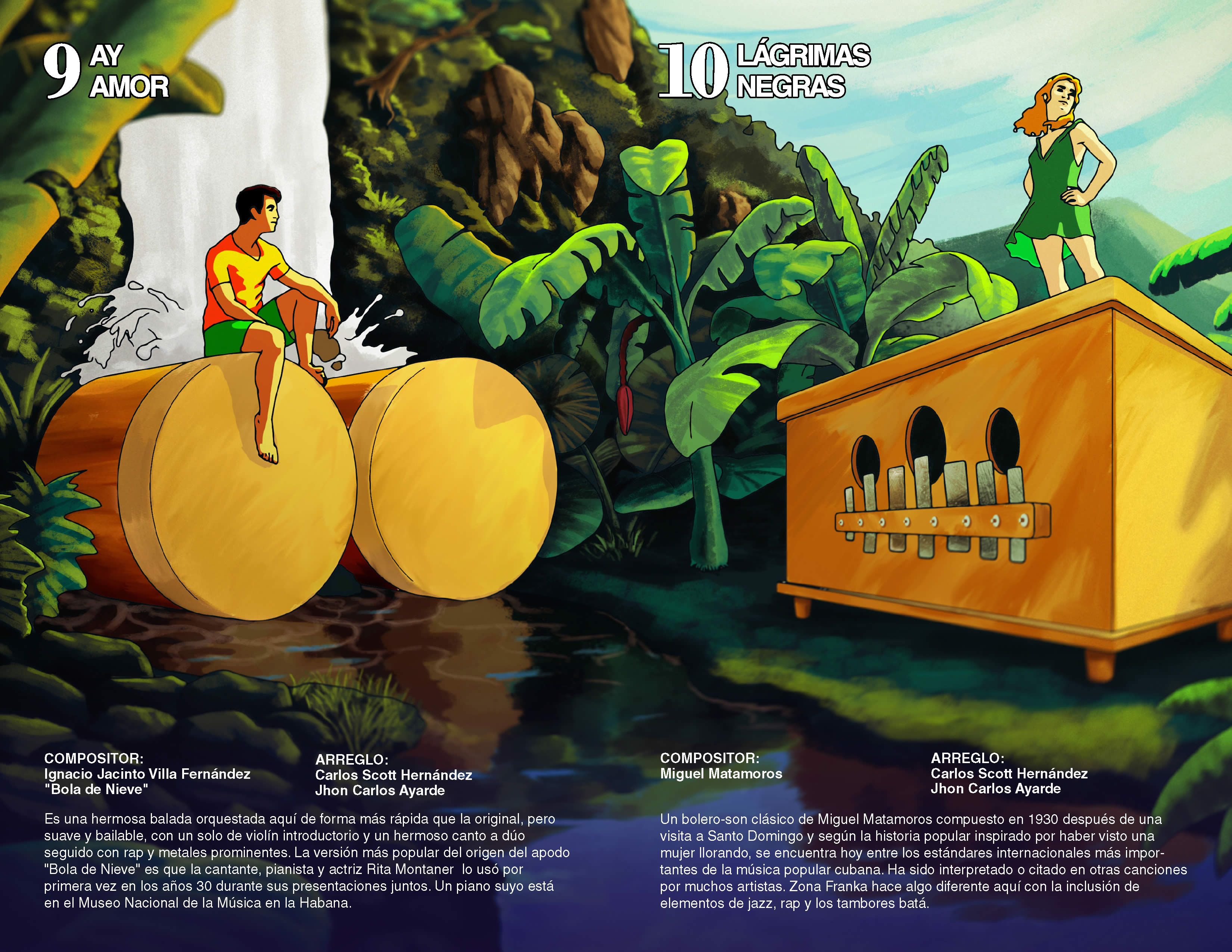 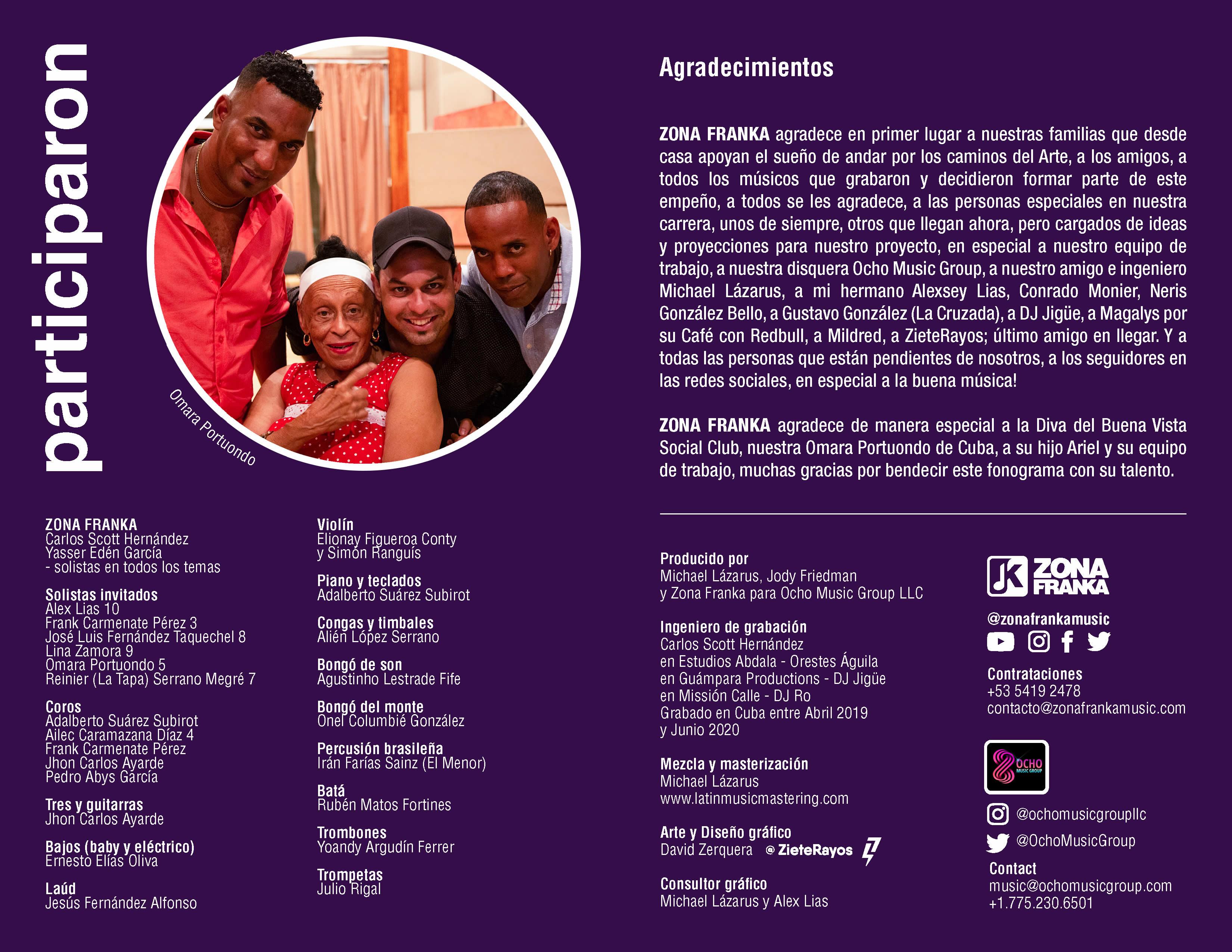 The best way to contact us is using the contact form below.
Save some time and read the "Resources" section below before you do.